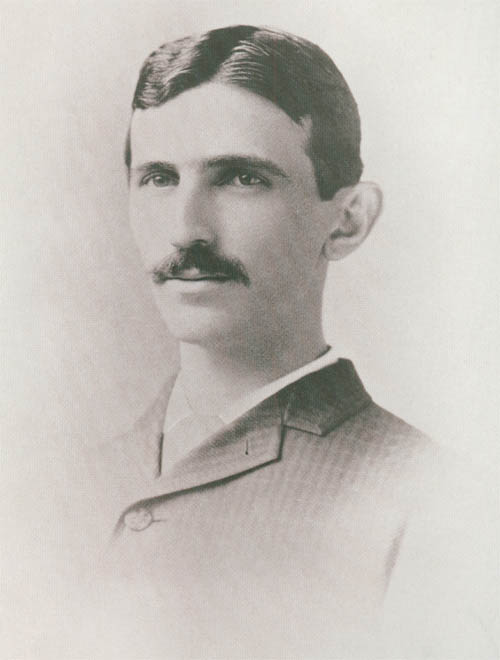 Tesla's young life and Arcadian world was shocked one afternoon. According to Tesla, when he was five years old his older brother and close friend Dane was killed when the horse he was riding spooked and threw the boy to his death. Father and Mother Tesla were fond of young Dane and he showed great promise as a child. Tesla claimed, later in life, that the premature death of his brother cast a shadow over Nikola's own childhood, and he felt that his parents overlooked his own achievements because they were so distraught over Dane's death.

In retrospect, the tragic death of Dane was also partially responsible for prodding Nikola toward the lifelong pursuit of invention and science. Tesla attended school as did most children his age, but Nikola excelled, completing his four-year course in only three. He succeeded his primary schooling by attending the Polytechnic School in Graz, Austria. In Austria, Tesla began to study engineering. Initially, he threw himself headlong into his studies, investing upwards of twenty hours a day at his work. His diligence would become a lifelong trait, but early in his life Tesla struggled with his relationship to others.

His classmates and peers ridiculed him for his "monastic" habits of long hours and endearment with the faculty. Tesla's reaction? He took up gambling and billiards as a distraction and means of acceptance with his peers. Like most vices, it began small, and like most vices it did not remain small.

His vices began to grow, finally reaching the point that his family became ashamed of his behavior. His father was, after all, a minister, and any shameful light shone by Nikola cast a shadow upon the whole family. Nikola never did finish his college education at the Polytechnic. Some historians believe that he was discharged for his gambling habits, but no matter the cause, he did not receive final grades.

Rather than return to his home, Tesla chose to travel south. Most probably, he was loathe to confront his family about his actions, choosing rather to "escape" the trouble. He wandered from city to city doing odd jobs and learning from whoever he stumbled upon. Father Tesla, however, loved his son dearly and sought for word of Nikola's whereabouts. When he finally discovered Nikola's location, Father Tesla made the journey, hoping to reconcile with his son. A promise of a new start, a new university at which to study proved to be the promise that reunited Nikola with his family at home.

In one of history's oft-repeated twists of fate, Tesla's father would die shortly after Nikola's return home. This event lit a fire in Tesla to go and study once again, to fulfill his father's last wishes. He enrolled for the summer term at the University of Prague, a place where he would receive quality instruction from some of Europe's foremost professors. Integral in shaping the young man's thoughts was Ernst Mach, a pioneer in the field of wave mechanics.